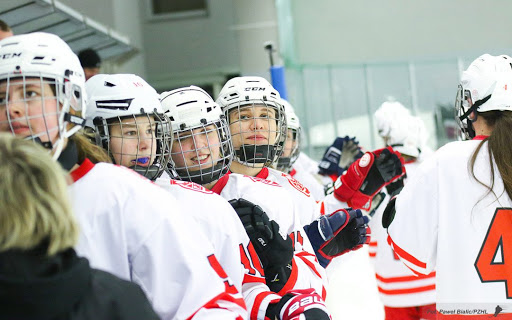 Synowiec has steadily continued to improve her game. She appears to be on the brink of making her senior IIHF national team debut, as she has played two games with the Silesia Brackens and played in a couple non-IIHF games for the senior team. This year Snyowiec did not appear in the PLHK A, and instead went to the B league to play for Cracovia. There she had 26 points (18-8-26) in 8 games. This was third in the league for points, and the top in points per game. She is also an accomplished ice cross athlete.

The first player rise in our ranking this year is Ida Talanda. Talanda made her senior debut in the PLHK A this year and put up a very promising rookie year. She recorded 15 points (6-9-15) in 16 games. That is top 20 in the league. That performance helped Polonia Bytom to their first-place finish. At the U18s, she showed a lot of promise as well and recorded three shots. She will be a key part of the U18 squad next year.

Siejka was a standout for Poland at the 2018 U18s leading the team in points. She followed that up with her senior IIHF debut and posted a career year in the PLHK A. This year she improved on that year again for Gdańsk, recording 26 points (14-12-15) in 16 games. She also appeared in two games for the Silesia Brackens. Siejka is a key forward that should help strengthen Poland’s forward group.

Patla was one of the best defensemen for Poland at the U18s. She recorded one goal on eight shots. Patla also had a solid year for Polonia Bytom recording 1 goal and 5 assists in 18 games. The promising defensemen also got one game in the Elite Women’s Hockey League. She was impressive at both ends of the ice this season. Poland already had a few solid defensemen and prospects like Patla further show how strong this group is becoming.

Błaszków was named to her third straight U18 squad. In five games, she recorded one goal on eight shots. She continues her steady improvement and is easily one of the top forwards under 18 forwards for Poland. Her jumps have not mirrored many of her counterparts in size. While many players have grown so quickly they have been able to achieve great success at the senior level, Błaszków only played two senior games in the PLHK A. She remains a strong and dangerous forward.