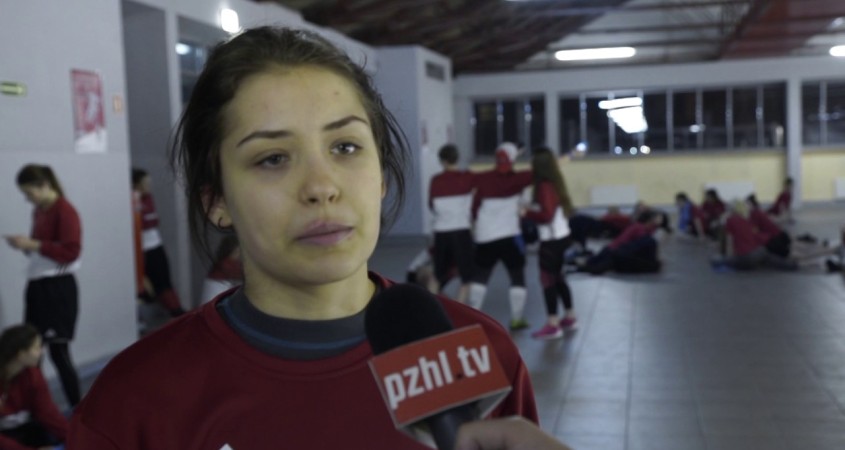 Postel was a newcomer to Poland’s strong defensive front at the U18s. Postel has not been able to be tested in the PLHK A yet, playing with Jastrzębie in the B league. There she recorded 4 points (2-2-4) in 13 games. I don’t believe she looked too out of place at the U18s and would like to see more of her at the top level. Her development reminds me a lot of the development of Karolina Rostalska.

Kobus really excelled in PLHK B last year, but had a rough U18s with her only statistic not being a 0 was her plus-minus at -5. This year she showed a vast improvement at the U18s and adjusted well in the PLHK A recording 8 points (5-3-8) in 10 games. While size is not everything, the last U18 tournament showed how big of a disadvantage it can be. Kobus was one of the top five tallest players on team Poland at 5’7. Her drop was more due to a few players just have larger jumps.

Kot was apart of the impressive defensive group for Poland at the U18s. I was a bit concerned about the defense coming into the tournament, but she was one of the defensemen that grew a lot and assisted the unit in becoming very good, even the strength of the team. Her offensive side could still use some growth, but her size and defensive ability make her a valuable part of team Poland.

In her U18 career, Kaleja was a force to be reckoned with recording 9 goals in 19 U18 games. She was also recorded a PLHK A season with a 2 point per game average. Since then though her production has continued to decline. This year recording a PLHK A career-low with a 1.28 point per game. She did get some time in with the Silesia Brackens in the EWHL. There she recorded 1 goal in 3 games. Poland has to hope that Kaleja can still become the goal scorer she showed she could once be.

Wybiral was a key part of the Silesia Brackens this season. She recorded 2 assists in 14 games. She also has been apart of the last two senior national teams as well. In the PLHK A, she recorded 9 points (3-6-9) in 14 games for KH Polonia Bytom. Wybiral has picked up a lot of great experience this season and that should aid her development.