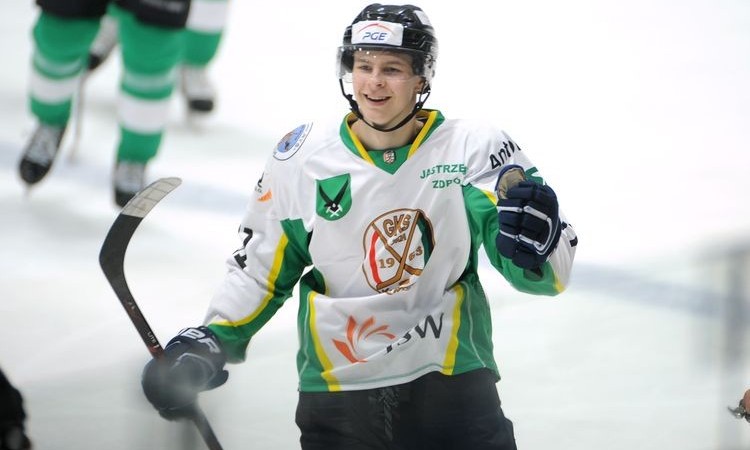 This year was a pivotal year for Polish hockey. For many players that frequented the list last year or in the years past it was onto full-time professional hockey in Poland or testing their skills in another countries highest junior league, while plenty of players arose to challenge and cemented themselves as future pillars of the national team plenty of players couldn’t live up to their expectations causing drastic changes to the rankings.

The real world is a very dark and scary place right now, but I want to look forward to the future while stuck at home. The future of the Polish national team is something that fans should be excited about. I have maintained for years that Poland has more young talent right now then it did any other time this century. I still stand by that opinion today. Poland saw their ace prospect prove himself in professional North American hockey, another NHL draft prospect rise, and a vast increase in depth. Today we start our ranking of the top 50 Men’s U23 players in Poland.

Players had to be under the age of 23 and at least 16-years-old on March 27th, 2020. Players are judged based on a combination of career history, current play, and potential. While a majority of the ranking is my own opinion, numerous people in the Polish hockey world contributed their thoughts on players. 140 players were considered for the list and scouted. 80 players received a ranking, players 80-51 will be revealed at the end of the series in the breakdown article. Only the top 50 players receive a scouting report.

Wałęga has long been apart of one of the most impactful junior duos in Polish hockey. He and Jan Sołtys tore up IIHF junior tournaments, while leading PZHL u23 to actually be a viable team versus bottom tier PHL teams. This year both Sołtys and Wałęga we’re set to be a significant part of the JKH GKS Jastrzebie offense. Sołtys would be out most of the year, leaving Wałęga all the spotlight, and he definitely took it all in.

This year Wałęga posted career highs in points and assists. In 43 games, he posted 28 points (8-20-28). This was the second-most by any U20 player in the PHL. It was also the fifth-best Draft plus two season for points by a player in the PHL since 2000. The PHL was a stronger league overall this year, and seeing his statistical growth is such a great sign for the future of Poland. He also battled a knee injury early on in the season.

It was only a five-point jump overall, but the bigger deal was playing in the JKH GKS Jastrzebie lineup for pretty much the entire season. Only two of his games came with PZHL U23. Another great sign from his production is only six of his points were recorded against Janow or PZHL U23, giving him a much higher percentage of points against quality competition compared to other young players.

The Cieszyn native has five production comparables in Aron Chmielewski, Bartłomiej Jeziorski, Maciej Szewczyk, Patryk Kogut, and Patryk Wronka. That is quite a different selection of players with some of the most dominant forwards in Polish hockey right now, along with a couple that have never made it out of the bottom six on PHL teams despite some good production at times. Overall, it bolds very well for Wałęga. It would be interesting to see how Wałęga would fare outside of Poland like comparables Chmiewlewski and Wronka.

This year at the Visegrad Cup, Wałęga had the chance to test his skills against some teams outside of Poland. He would only record one assist in six games. I was hoping for a larger showing in the tournament from him. He did more than make up for it though at the U20 World Championships, where he recorded 11 points (6-5-11) in five games. This was second on team Poland and in the entire tournament for points. His six goals were tied for second in the tournament. As a result of his play, he was named the top player on team Poland at the competition.

Wałęga possesses all-around great offensive ability no matter it be firing the puck with a sniper-like accurate shot or setting up his teammates for an easy goal. He is a quality skater with great vision on the ice. The 5’10 forward is not the biggest player and will never likely be a strong two-way player. In Wałęga, Poland has a forward that is already a top 6 forward in the PHL and should reach the same role on the senior team as his national team career progresses. He is someone who, in the right situation, would be able to make it outside of Poland as well.

Coming into this next season, Jastrzebie should be a top team in the PHL. Although they are likely to be losing top import talents like Artem Iossafov and Jesse Rohtla. These openings in the line up are the next opportunity that Wałęga should quickly fill. A larger role will only help him continue to grow on his fantastic 2020 season. After this season though, it is up in the air.

“In the upcoming season I will still be associated with the Jastrzębie Hockey Club, but after that I end my contract. If I am doing well, I would like to try my hand abroad as much as possible” –  Kamil Wałęga to wiadomosci.ox.pl

I was curious how Wałęga would do without Sołtys alongside him in the line-up. I pretty much have always linked the two forwards together, with Sołtys all-around game often giving him the edge over his often linemate. Wałęga more than proved he isn’t a robin to batman, he is his own star.