It’s an exciting time for Polish hockey with so many great young players in the system. Poland has released its entry list for the upcoming u18s and on that entry list is Dominik Olszewski. Dominik was born in Torun, Poland in 1999, making him one of the younger players on the team. Olszewski describes himself as fast and a goal scorer. Olszewski says he needs to improve his puck handling skills. 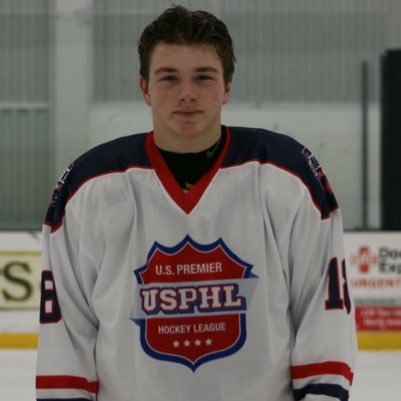 He spent two years, in the ES Weißwasser junior system where he played with their u16 and u18 teams. He put up 23 goals and 30 assists in 51 games. In 2014-15, he moved to the Kölner EC junior system. Where he continued to dominate by scoring at just over a goal per game pace with 27 goals in 26 games, he also had 22 assists. Olszewski also played two games with Kölner EC U19 team who play in the DNL, which is the top level of junior hockey in Germany.

For the 2015-16 Olszewski made the jump to North America and started playing with the Springfield Jr. Pics of the USPHL. On differences between the USPHL and the German junior system, Olszewski says the USPHL is the stronger league and “Rinks in the US are smaller than rinks in Europe, and hockey is much faster and more fisticuffs.”  Just like Olszewski did in Germany he has dominated the American league, with 18 goals and 22 assists in 26 games while playing at the u16 level. His 40 points have him tied for 6th place in the league scoring. He also has 9 games at the u18 level where he put up two assists.

Olszewski could make his Polish national team debut at this year’s u18. Poland is going to play in Division Two A which is very low compared to Poland’s position at the Senior level and u20 level. Olszewski is confident though that Poland can place 1st this year and earn their way back to Division 1.

Olszewski is still undecided on which route he will take after his time in the USPHL is done. Olszewski turns 17, in April, and this means next season he would be playing with Springfield Jr. Pics u18 most of the time with a possibility of getting called up to Springfield’s team in the USPHL Premier,  which is the top level of the USPHL.