Just yesterday, Poland got it’s sweet revenge against Hungary and secured its place in the final Olympic qualifier. The next and final qualifier is still seven months away, but I decided to do a quick preview of it. Poland will go against Slovenia, host Belarus, and Denmark.

The roster for Poland might see some changes from the team who won in Hungary. 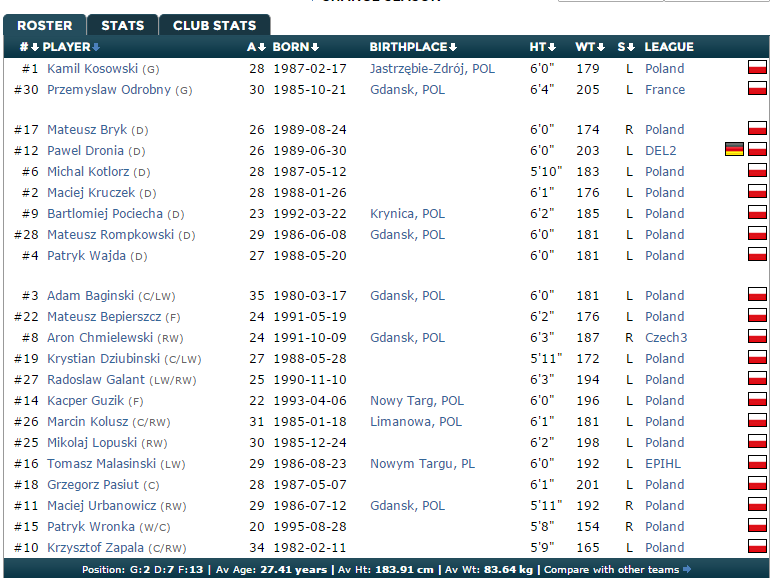 The changes could include Alan Lyszczarzyk, Mike Cichy, and Mike Danton. All three are expected to play for Poland at the upcoming Worlds. Lyszczarzyk and Cichy would bring more offensive firepower. Lyszczarzyk – Kolusz – Chmielewski could be the best line Poland has had this century. Danton would bring leadership and toughness.

Slovenia ranked 14th in the world.

Slovenia’s roster is scary. If you wanna judge the talent just look the at the leagues the Slovenians play in. On paper, Slovenia is the better team and it’s going to have to be the first of many upsets if Poland wants to make it to the Olympics. At the upcoming worlds, Poland will play Slovenia. That game will probably tell us what we should expect in September.

Denmark ranked 15th in the world.

Denmark is Poland’s “weakest” opponent. Although they have players who are in leagues that are not too above the PHL, most of the team, still play in higher leagues like the AHL, SHL, and KHL. This is the second of the three upsets that need to happen.

Belarus ranked 9th in the world.

Belarus will be the hardest challenge. The KHL is one of the best hockey leagues in the world, all but 6 of the players on the Belorussian national team play there. We should just hope Poland doesn’t get embarrassed.

Can Poland upset all three of these teams? Probably not, but making it to the final group is what counts and any experience against top teams is always good.