STS Sanok introduced Steven Tarasuk and Bryan Cameron to fans in a Facebook post today. Steven Tarasuk is a 26-year-old Canadian defenseman. Last season he played in the Series A(Italy) for Kaltern and in the ECHL for the Missouri Mavericks, Brampton Beast, and Allen Americans. In 57 ECHL and Series A games, he put up 16 points. In 236 ECHL games, he has 93 points. Ulf Andersson of Eliteprospects.com on Tarasuk “Tarasuk is a defenseman with a good offensive game. Has sound playmaking ability, but could improve defensively. Lacks size and isn’t very effective in physical battles.”

The other player joining is Bryan Cameron. The 26-year-old Canadian right 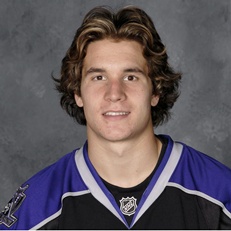 winger played with the Alaska Aces of the ECHL last season. He put up 39 points in 57 games. In  148 career ECHL games, he has 103 Points. Cameron is former 3rd round draft pick of the Los Angeles Kings