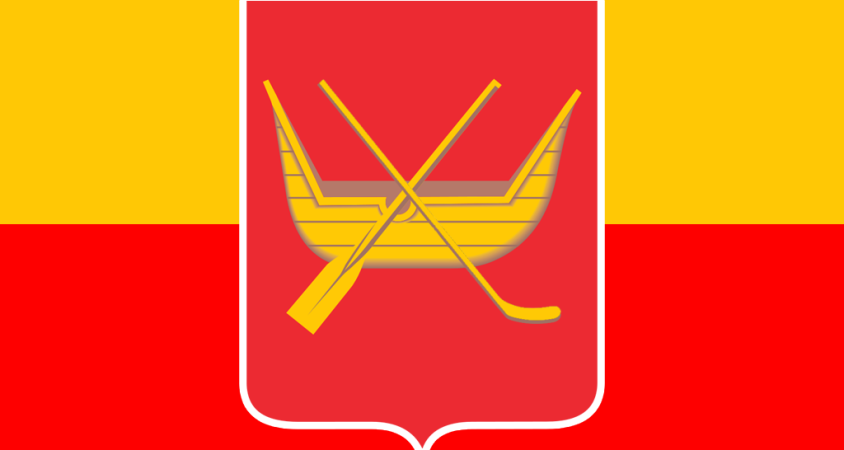 The city that could play one of the most significant parts in the future of Polish hockey doesn’t even have a PHL team, and there are no signs that one may be coming any time soon. So why does Łódź matter so much then in the scope of Polish hockey? At 682,000 plus people, Łódź is the third most populated city in Poland. In the PHL, only Kraków (2nd) and Gdańsk (6th) rank inside the top 10 most populated cities and have a PHL team. If hockey really starts to take off in Łódź, it could mean big things for PHL, especially when it comes to getting the league back on television. 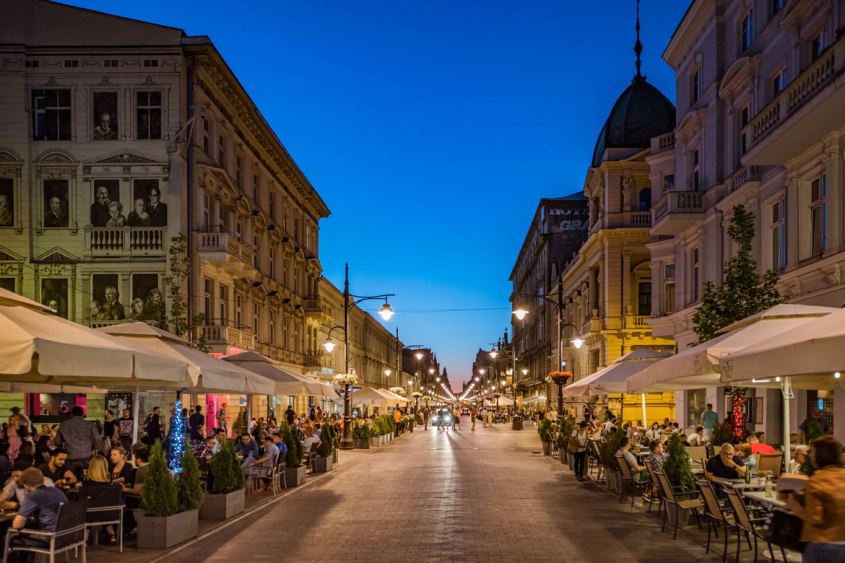 The city of Łódź was one of the largest industrial centers in Poland, especially for textiles,  during the 1960s and through the early 90s. As with many other industrial cities, the fall of communism in Eastern Europe left these cities devastated. The city began to suffer significant population losses, and the textile industry practically vanished. The city started to rebound though in the late 2000s. More and more foreign companies and investors have arisen in the Polish city. The city is renowned for its film school and even nicknamed HollyŁódź due to this school and its name being pronounced woodge. 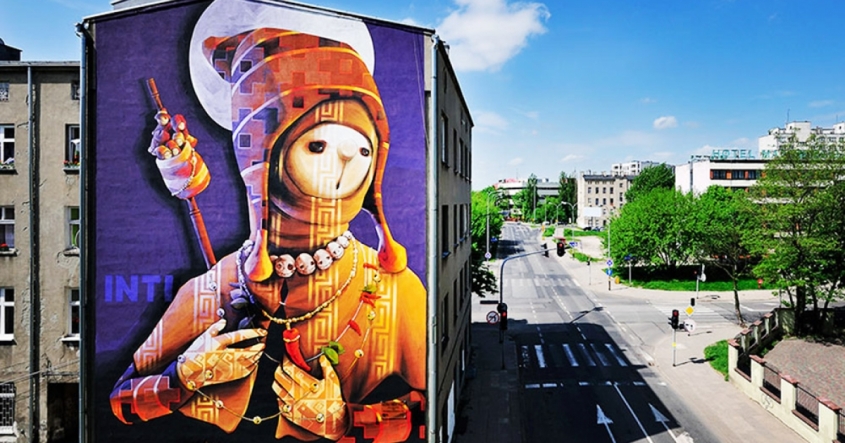 The city continues its long comeback. Former textile mills turned into shops and restaurants, giving parts of the city a hipsterish vibe. Along with amazing pieces of street art that have become common on the older buildings. Piotrkowska Street remains a popular shopping and tourist destination. As the local economy has improved, the re-emergence of strong sports clubs has as well. The city hosted the 2009 Eurobasket, along with being home to one of Poland’s top rugby teams.

From 1967 to 1991, the city also hosted a hockey team. LKS Łódź played in the top Polish league. During the 60s and 70s, the team was quite good, often finishing anywhere from fourth to sixth in the league, while also capturing bronze three times, and finishing second once. Polish national team defensemen and Łódź native Jerzy Potz led the team on the backend. In the 80s, the team started to falter, often finishing seventh in the league. Homegrown national team stars like Piotr Zdunek departed for stronger clubs. The team was relegated to Poland’s second league for the first time since 1968 a year after their debut season. After two years in the second league, they would earn promotion to the top level again in 1990. After a 4-38 record though in that season, the hockey team would completely disappear, and the senior hockey squad was liquidated.

Through the early 90s and early to mid-2000s the only relevancy Łódź had to the hockey world was being the birthplace of Michal Zajkowski,  Sweden’s 2003 World Junior goalie. The Łódź native moved to Sweden from Poland when he was six years old. While LKS Lodz was battling to return to the top of Polish hockey.  Zajkowski spent most of his career in the Svenska hockeyligan (SHL), with MODO Hockey. He bounced around some lower European leagues at the tail of the end of his career but never played in Poland. As the last thing that gave Łódź any relevancy to the hockey world was winding down his career, a new team in Łódź was forming.

Hockey in Łódź didn’t completely die when LKS Łódź left the hockey map in 1991, only three years later LKH Łódź was founded in 1994 by a group of Łódź hockey supporters that were led by sports writer Wojciech Filipiak. This club exclusively focused on the youth side of hockey. 19 years later, the senior squad would be reformed and compete in Poland’s third tier of senior hockey. Just like to approach to junior hockey, they took things slow and steadily built a foundation, but then some quick jumps started to happen.

Maybe these jumps happen because of how solid their groundwork to begin was, but it happen quick. Their youngest teams quickly became top dogs in the Czerkawski Cup, winning it twice in 2018 and 2020, while finishing third in 2019. Their star goaltending prospect and Łódź native Maciej Miarka was named to the 2018 Polish U18 Men’s team. He would be the starting goalie in 2019, along with becoming the first player from the Łódź junior program to play in the PHL. The most significant jump was the senior team moving up to the Polish first league, which was now transformed into a mostly U20 league called the Młodzieżową Hokej Ligą (MHL). The team was able to attract quite a few sponsors along with partnering with former NBA player Marcin Gortat’s athletic school in Poland.

Łódź found itself on the doorstep to the top league of Polish hockey this year. Of course, this was a massive jump as Łódź would be facing off against some of the top junior teams and systems in all of Poland. Former Łódź player Tomasz Matuszewski and player-coach Yuri Zenkov had a tall task in front of them. Tymoteusz Lewy returned to Łódź after playing in the Torun junior system. Lewy posted 27 points (18-9-27) in 24 games, which was 19th in the league. Piotr Ciechanowski returned to Poland after being a strong producer in Danish and German junior ranks, though he only played five games with the club. The team also brought in Russian born defensemen Denis Salnikov, who spent the previous year in the Western States Hockey League. The team also had a few players from Gortat’s school. In total, 44 players suited up for a game this year in Łódź.

Despite trying hard to build a competitive roster, the results were as expected, the team finished second to last in the league. Only picking up four wins in 24 games. While these results are not great, and the average score was a 7-3 loss. This was year one, and they jumped up to compete with top junior teams like JKH GKS Jastrzębie and teams with stronger senior rosters like Sanok, who compete in the third Slovak league as well. Every game was going to be a major uphill battle for the team. Despite the rough results, the future looks bright for Łódź.

The team seemed poised to be a strong recruiter in the import market again, along with their junior roster continuing to develop. Three Łódź players were named to Polish u18 roster lists. Forward Arkadiusz Karasiński, defensemen Adrian Drustinac, and goaltender Tomasz Grobelkiewicz were all appointed to teams last season at various points. Drustinac and Grobelkiewicz standing a strong chance to make the team, after being named to the final roster before the U18s. Grobelkiewicz and Karasiński only appeared in six combined games for Łódź this year in the MHL, while Dusrstinac was a regular defenseman for the team. 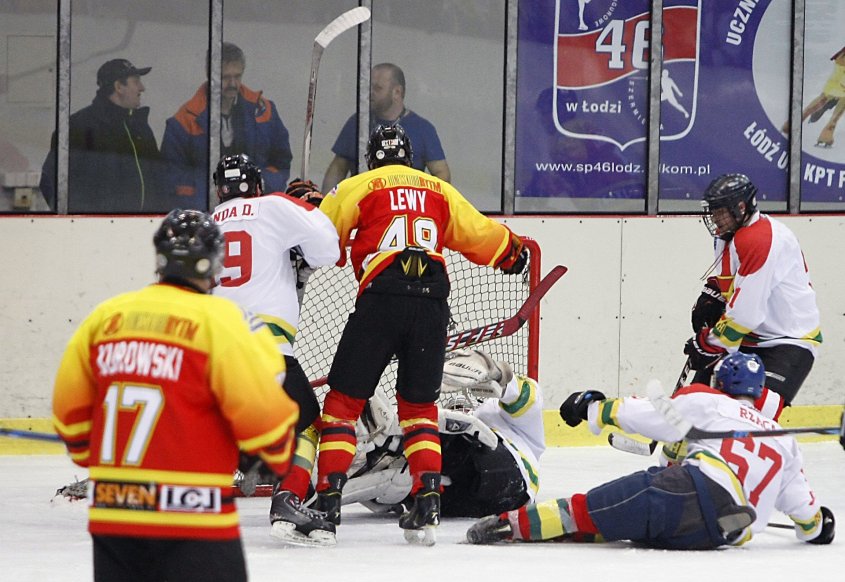 These three are not the only young players making great strides. Poznan native Jakub Biernacki, who spent time in the Łódź junior system, finished 12th in scoring in Germany’s second U17 league.  Oliwier Kowalczyk made the Zietara Polish Eagles team that plays in the youth Quebec Interventional tournament. Łódź’s u12 squad finished first in the Żak Młodszy KPOZHL with an astounding plus 322 goal differential in 14 matches. The team has a lot of promising youth talent that they should be able to establish a robust senior foundation.

The Łódź area is also starting to have an impact on women’s hockey. Polish national team and Gdansk defensemen Natalia Kaminska was born in Łódź, while promising prospect Magdalena Łąpieś played with the Łódź’s boys U12 and u14 squad, before moving to the Gdansk women’s team.

Hockey in the city took another significant step with the addition of a senior team, and while it may be a long time till the next step is taken. The youth talent they are starting to produce is outrageously good for a club of their size. Last year only seven Polish clubs had a player named to the Polish U18 team. Only five of those clubs had more than one player. Clubs like Łódź are not supposed to produce national team quality talent, but they have! Even rarer when you consider two of them are goaltenders. There is potentially something special that is building in Łódź. Hockey is making a comeback in Poland’s comeback city.