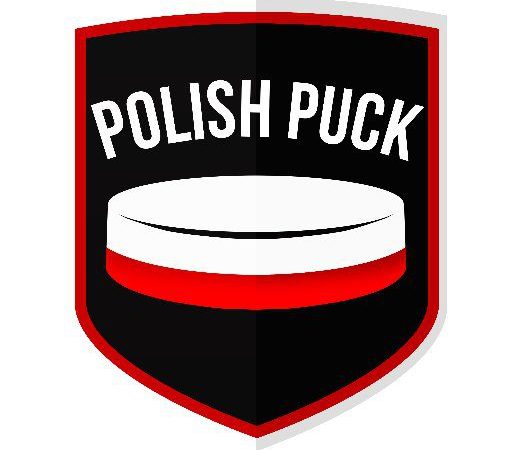 Today is the 5th anniversary of Polish Puck starting and what a journey it has been. This blog has been something to really help through rough times and I feel has helped me both grow as a person, professional, and writer. Today, I wanted to share a few memories of the site and a few thank yous to some certain individuals who may have helped shaped Polish Puck, a friend met through my work, or someone who didn’t do much but their support encouraged or inspired me greatly.

Add my own college graduation to the list of wierd places I have watched a hockey game. But seriously Polish Puck was started my freshman year and I’m glad it’s still going. pic.twitter.com/X8Gu92f7G8

One of the memories that always sticks out to me with Polish Puck is when I was interviewing for the Detroit Red Wings. I was nervous wreck for this as working for an NHL club was my dream. So the interview is going on and I legit felt like all my answers were garbage or sounded like I was unsure. Then they asked about Polish Puck, I legit felt like a light bulb turned on and probably talked their ear off about it. In the end, they hired me, so advice kids wanna work in the NHL? Write about obscure hockey. It was the first time though I really talked about the blog publically outside of friends and family, and I felt really confident doing it.

When I went to Vancouver for the draft last year, I was also treated to ramen by a fan of the blog. It was the best ramen I ever have had in my life. If anything this blog was worth five years of work just to get that good ramen. It was also the first time meeting a fan of the blog in person, wierdly at that draft I ran into Poland’s biggest rival as well.

While in my most random draft meeting I meant the Vice President of Hungary hockey and had a short chat with him.

Thank you to Andrew Zadarnowski. He has always been supportive of the blog, and I have loved discussing hockey with him. He also allowed me to interview him for piece, that I really loved working on. You should read it here. He is a great and passionate hockey writer as well.

Thank you to Sunaya Sapurji. Sapurji is the biggest hockey journalist who follows me, when they followed me I had to do quite a few double takes. They have always been supportive of my work and even though our interactions have been minor, they all have encouraged me to continue writing.

Thank you to Jason Botchford. Botchford was my writing idol and someone whose work I still go back to read to try and take inspiration from. I miss reading his work after Canuck games. I was able to meet him while working for the Red Wings and the genuine kindness and interest he showed me is something I will never forget.

Thank you to Mike Danton. Danton was the first player from Poland to follow me and the first-ever sports interview I have ever done in my life. While I look back and critique the hell out of that interview, I still love it and think how amazing my first interview was an ex-NHLer. Danton also was the first major twitter follow, which really lit a fire in me to keep going.

Thank you to Dominik Olszewski. Olszewski was the first Polish player interviewed for the site, and only the second sports interview I had ever done. It was also done over text while I was in an accounting class, which was interesting. It remains one of the most viewed Polish Puck articles to this day.

I don’t want to give specific names for this one as there are way too many I don’t want it to seem like anyone listed is source for me. A large thank you though to all those working in Polish hockey behind the scenes who I have interacted with, from social media managers to coaches and higher-ups.

The largest thank you to my family. They have always been extremely supportive of my work. Some of them reading every piece I publish with knowing a thing about Polish hockey. They also have had to endure me randomly destroying my sleep schedule for games or just in general talking about Polish hockey as it was on my mind and I wanted to say it out loud. I love them so much even if they tune out the Polish hockey talk at dinner.

Here is to the next five years!