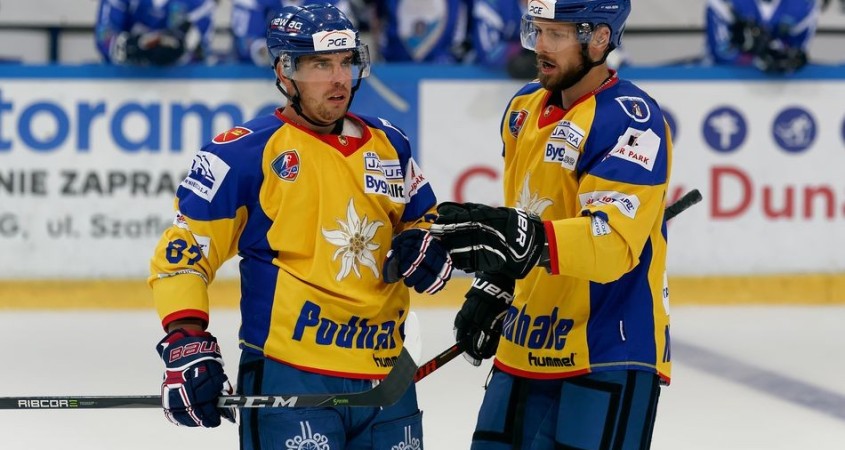 Leading up to the start of 2019-20 season, we will preview every team in the PHL

Podhale stayed on their normal course last year playing for a bronze medal for a fifth straight season. The offseason got underway with the expected departure of head coach Tomek Valtonen. Then rumors started to spread about the team in regards to their finances. Top players like Mateusz Michalski, Oskar Jaskiewicz, and Patryk Wajda departed for GKS Katowice and more departures seemed likely. Then Phillip Barski was named head coach and Podhale was able to retain the rest of their core. Drama would arise once again though when it came to getting a license to play in the PHL, and Podhale would only receive theirs at the last minutes. A couple of days before the team would fully ramp up their training and begin to play exhibition games news broke that they had requested some veteran Polish players to take a pay cut. Polish hockey legends Krzysztof Zapala and Marcin Kolusz would leave the club because of this. More departures were expected, but none came to light while the team added more import players. A true roller coaster of an offseason, but how will that affect the team on the ice?

The offense saw one major late departure in Zapala, maybe two depending on where you play Kolusz. I think they did an adequate job of replacing lost talent here. The forward group is not the best in the PHL, but is above average. Krystian Dziubinski is one of the best skaters and two way forwards in Poland. Bartlomiej Neupauer is quite a strong offensive producer and has been very impressive during his time with the national team. Dariusz Gruszka returns to Podhale and should hopefully see his production increase after a disappointing year with Unia Oswiecim. Tomas Kominek is the biggest import addition after spending the past three seasons with JKH GKS Jastrzebie. Richard Jencik should be a major import contributor as well. Jakub Worwa is Podhale’s best young forward and I would like to see him have quite a larger role this season. Again the offense is above average, there are no glaring holes in it.

The defense took a lot of hits, only one of the Finnish defensemen from last year returned and they saw the major departures of Dutka, Kolusz, Jaskiewicz, and Wajda. Samu Suominen was one of the best Finnish defensemen last year and is really good re-signing for Podhale. Maciej Sulka is a decent add from JKH GKS Jastrzebie, but only really a Dutka replacement. Santeri Arousva is an interesting import addition, Metsis alumni have had quite a bit of success in the PHL. Arousva should be able to hold down a top-four spot in the PHL. Yevgeni Kamenev is an interesting prospect and I had him ranked 36th in my top 50 U23 Polish player rankings. He was a really good junior prospect but has struggled at the professional level. This defense lacks top-end players and could use some depth. It really is the only major problem the team has.

The witcher is still in net so there is nothing to worry about. Przemyslaw Odrobny is the best goalie in Polish hockey and will help Podhale stay in any game. It is hard to say what they have in a backup. Blazej Kapica has struggled at times this pre-season but also recorded a .929 save percentage in seven PHL games last year.

The worse finish for Podhale since 2013-14. A weak defense and an offense that well not bad, is worse than last year has Podhale finishing sixth in my rankings. There isn’t much young talent to bet on, but some imports may be able to lead them to a higher place. Podhale is currently in a rebuild. They need to find new leaders and build up new young talent. More chances for the Worwas and Kamenevs.