I have had players tell me before that some foreign clubs don’t sign Polish players due to the poor reputation of Polish hockey. One team that is certainly not scared to take a chance on Polish talent is HC Ocelari Trinec. The club of Aron Chmielewski has added a pair of players from GKS Tychy in Bartosz Ciura and Filip Komorski per Hokej.net. Both players have signed one-year deals that will have them splitting time between HC Ocelari Trinec and HC Frydek-Mistek.

Bartosz Ciura is a stay-at-home defenseman with some physical chops. The 28-year-old captained team Poland at the three seas tournament, where he recorded three assists in three games. The three-time Polish champion with GKS Tychy recorded one goal and four assists this year in 46 games. He has played for Tychy since 2016.

Filip Komorski also joined the squad and is one of the most underrated Polish forwards, in my opinion. The sniper from Warszawa is one of the best goal scorers for the Polish national team, recording two goals at the three seas tournament. Since 2013, when Komorski debuted in the PHL, he is eighth in goals with 153. This included 20 goals and 20 assists in 45 games this year with GKS Tychy.

Both players are more than likely to start the year with HC Frydek-Mistek. HC Ocelari Trinec is one of the best clubs in the Czech Republic, winning the Tipsport Extraliga championship in 2021. They are technically back-to-back champs since no champion was awarded in 2020. HC Frydek-Mistek finished 14th in the Czech second league this past season. This is their fourth straight season where the club missed the playoffs. Bartosz Ciura and Filip Komorski are the third and fourth Polish players to sign abroad this year. Previously, Filip Stopinski signed with IceFighters Leipzig, and Michael Luba re-upped with Cholet. 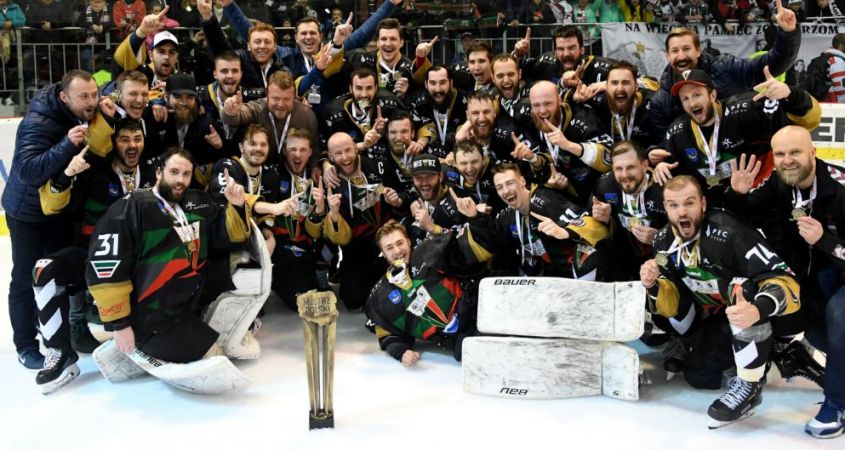 The back to back champions are on their way to a possible third straight title. The team was able to retain most of their championship core along with adding some big free agents. More young players should also be pushing to become major contributors. The rest of the PHL got a lot better during the offseason and this will certainly be a much more difficult season compared to their last two championship seasons. Will GKS Tychy pull off the three-peat or will a new king rise in the PHL?

This offense has too much talent and potential. Every line has the potential to produce at a high rate in the PHL. There is just too much talent it is almost absurd. It starts at the top with former ECHL all-star Mike Szmatula, based on his stats in the ECHL and NCAA, he is the biggest North American signing in league history. I wrote earlier about why he might have a chance to claim the PHL scoring record. Despite Szmatula having the more impressive resume, Christian Mroczkowski has been the North American player to hold the spotlight. Mroczkowski has played fast and physical and posted 8 points (4-4-8) in 6 PHL games, which is tied for the lead on GKS Tychy in scoring. Mike Cichy and Alex Szcechurea still make for one of the best duos in Poland, the two North Americans have now played with each other in Poland for five straight seasons. They should be among the top scorers in Poland as always. The best of the Polish players is Filip Komorski. The 27-year-old center is in his fifth year with GKS Tychy and has finished as one of the team’s best scorers each year. Last year, he had a standout performance at the World Championships for Poland. GKS Tychy also has some impressive young talent in Bartlomiej Jeziorski and Mateusz Goscinski. Both forwards are ready to be taking big steps in their professional careers and should be strong contributors. One of the top offenses in the league that is a threat no matter what line is on the ice.

The defense doesn’t really have a clear identity like GKS Katowice does, rather there are plenty of different styles among its players. You have some very strong defensive only types that are not afraid to get physical if needed, two-way types that are strong passers and electric puck rushers, then game-changing offensive dominant defensemen. The defense features some of the best Polish players at the position on the planet and some of the strongest imports the league has. Bartlomiej Pociecha is a fantastic two-way player and he continues to increase his production in the PHL. He is the perfect type of player to be the leader of any defense. Mateusz Bryk is another prominent Polish player thanks to his strong defensive play, but has some decent skills on the offensive end. For his entire career, he has been a valuable part of some of the PHL’s best teams. The most prominent import to me is Peter Novajovsky. The veteran Slovak defensemen is in his fifth and potentially final year in the PHL, as he has expressed interest in returning to Slovakia. Since he arrived in Poland though, he has always been towards the top in defensive scoring and only two defensemen, Bartlomeij Pociecha and Maciej Kruczek, have more points. Both players also had a 50 game plus advantage on the 30-year-old Slovak. Olaf Bizacki is the young player on the defense that deserves to be highlighted. Watching him at junior events, you could see that he had the makings of a special player. Really sound at both ends of the ice and steadily improving. I think it is only a matter of time before he really makes a huge jump that is going to show he is a big part of the future of Poland on defense.

GKS Tychy has it really nice in net. John Murray is one of the best goaltenders in Poland and one of the most important national team players in the PHL. Murray now in his sixth season in Poland is looking for his fourth PHL Championship and will be a major part if GKS Tychy can pull off the three-peat. Behind Murray is two younger goalies in Kamil Lewartowski (21) and Jakub Zawalski (20) both goaltenders have the potential to one day be starters in the PHL. Kamil Lewartowski was able to play multiple games in the Championship Hockey League, where he performed well at times, but also seemed very overwhelmed at moments. Murray should continue to be one of the best in the PHL, while GKS Tychy is developing two potential replacements.

There is just no stopping them. They will be the champions for the third straight year in my opinion. The PHL is getting better as a league and there are a lot of strides being taken to make it more competitive. It should be a great year and with many big changes, but the kings of the league are not being dethroned yet.